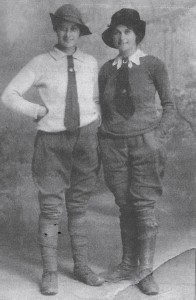 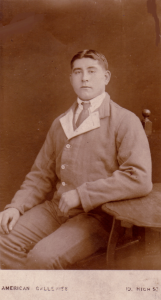 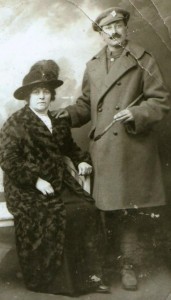 Thousands of Romany Gypsy, Traveller and Fairground men and women served their country in the First World War. And because it was one of the first total wars, the effects of the conflict were experienced not only by those in the front line but also all those who remained at home.

On this page, we give you some suggestions of the historic sources, websites and books available to help you find out more about the lives of members of your family during the period 1914-1918. If there are others you’ve found useful, please contact the RTFHS Web Master and share them with us.

Did they serve in the British Army?

Medal Card Index
If you don’t know which military unit your ancestor served in, this is the place to start as a Medal Card will give brief details of the unit and the rank of each individual. The Medal Card Indexes are also thought to be the most complete surviving record of all those who served in all the armed services.

Where to find them

Service Records, 1914-1920
Each man who entered the British Army in WW1 had a Service Record that detailed his military career from the day he joined up until the day he was discharged. Unfortunately, about 70% of these records were destroyed by bombing in World War 2 so you may not be lucky enough to find a record for your ancestor even if you know he was in the Army and you’ve found a Medal Card for him.

Where to find them
British Army WW1 Service Records – search free on Ancestry.co.uk or Findmypast.co.uk and access the digitised images of the records by subscription. You can also search and view the records free by visiting The National Archives in Kew, London.

Pension Records, 1914-1920
Men who were injured in service or unable to continue to serve because of an illness caused by or aggravated by their Army service were granted a pension. Many of these Records, like the Service Records, were sadly lost in WW2 in the bombing.

Where to find them
British Army WW1 Pension Records – search free on Ancestry.co.uk and access the digitised images of the records by subscription. You can also search and view the records free by visiting The National Archives in Kew, London.

In this YouTube video clip, RTFHS Honorary Vice President Janet Keet-Black talks about some of the Gypsies who fought and died in the British Army in WW1.

Did they serve in the Royal Navy?

The Royal Navy ratings and officers records are also available to search by name and view on Ancestry.co.uk, a by-subscription service.

Did they serve in the Royal Flying Corps/Royal Air Force?

Did they serve in the Merchant Navy?

Where to find the records
WAAC: The National Archives website – name indexes of those who served in the WAAC between 1917 and 1920. Search free, pay to download.

Also, take a look at the ScarletFinders website which has information about the lives of British military nurses plus guides to family history sources.

WRAF: The National Archives website – name indexes of those who served between 1918 and 1920. Search free, pay to download.

In September 1916, King George V introduced a Silver War Badge (SWB) to honour all those who had been discharged from the armed services because of wounds or illness. 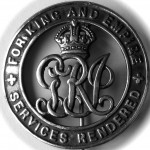 By wearing this badge, men and women could show that they had served and so avoid being confronted and abused by members of the public as cowards or malingerers when they re-entered civilian life.

Where to find these records
Both Ancestry.co.uk and Findmypast.co.uk have online name indexes for those who were awarded Silver War Badges. On Ancestry you can see a digitised version of the original registers. On Findmypast, there are transcriptions of the entries from the registers. Both are by-subscription services.

Were they treated in a military hospital

First World War military hospital records were held locally at each hospital. So you need to have an idea of where your injured serviceman or woman received treatment before you can start to investigate if the ones you need have survived. If you’ve found a Service Record or Pension Record for an individual, then this might give the name of the hospital. 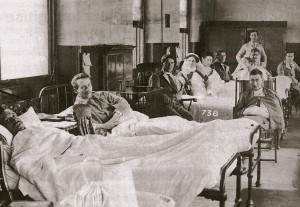 Our photo shows Frank Smith, sitting in the chair on the far right, with his arm in a sling. Frank (1894-1969) was the son of William Smith and Millie Doe. (Photo courtesy of RTFHS member Norah Smith.)

The ScarletFinders website includes information about how to locate military hospital records. Also, try Googling on the hospital’s name to see where the archives are kept.

Did they die in service? And is there a memorial?

Commonwealth Graves Commission – take a look at the free searchable indexes of the men and women of the Commonwealth forces who died in World War 1. The site also includes those who died in the armed forces in WW2 and the names of around 67,000 civilians who were killed by enemy action in Britain in WW2.

The site gives you the location of an individual’s burial place and/or commemoration place. There are often free downloadable Grave Registration Reports and Register entries for individuals, like the one shown here for Thomas Webb. He is commemorated in the churchyard of St Laurence and All Saints Church, Eastwood, Essex.

Soldiers Died in the Great War, 1914-1919: this series of volumes was created by the War Office to commemorate those who died. There’s one volume for the 42,000 officer casualties and 80 volumes listing other ranks. Search by name and see the original entries on the Ancestry.co.uk and Findmypast.co.uk sites. Both are by-subscription services.

The National Roll of the Great War, 1914-1918 – these published volumes were compiled by subscription. Information for the entries was generally submitted by family members or the soldiers themselves. It was not officially verified and therefore may not be totally accurate. The National Roll did not cover the whole of the country and is not comprehensive for any area. Surviving volumes include those for Birmingham, London, Luton, Southampton, Leeds, Portsmouth, Manchester and Salford. There’s a name index to the volumes on the by-subscription Ancestry.co.uk site.

War memorials: Service men and women may also be commemorated on individual war memorials in cities, towns and villages across Britain. The Imperial War Museum offers a free online inventory of the location of war memorials. They also say on that site that they plan to launch a full name index of all those listed on war memorials in the near future as part of the First World War centenary commemoration.

Did they leave a will?

Check the UK Government’s Find A Soldier’s Will website. It includes the wills of soldiers who died while serving in the British armed forces between 1850 and 1986. They may not be full wills in the conventional sense. Sometimes they are letters or lists of instructions. You need the name and the date of death in order to search. Search free. Pay to view.

Women at war: occupations on the Home Front

Women of all ages and all classes stepped up to the mark and into the world of work when their fathers, brothers and husbands left their jobs to go to war. You’ll find them at work in traditional roles – such as nursing – but also, for the first time, in things like heavy industry, driving buses and trams, in coal mines and fire fighting. 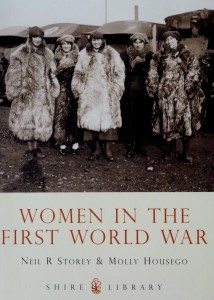 Here are some examples:

Were they mentioned in a newspaper?

Newspapers were the only real way that most people could find out what was happening during the First World War. They carried not only news from the Front Line, often carefully edited so as not to reveal any information that might help the enemy or hit morale of the troops and those at home, but also lists of casualties supplied by the War Office. Names of officers would usually be published about three weeks after their deaths and those of other ranks after about six weeks. There would also be announcements of deaths placed by the family, obituaries and reports of funerals. The names of the injured and those missing in action might be listed too.

More positively, people in the services sometimes sent letters to their local papers at home describing life at the front.

Our illustration from the Dover Express, 18 December 1914, shows a list of men in The Buffs (East Kent Regiment) who were missing in action.

Where to find newspapers

Our thanks to the RTFHS members who loaned their family photos for this page. Those at the top of the page show – from left to right – Helen (Nell) Smith and her sister Blanche Smith, Land Army Girls in Wiltshire. They are the sisters of the Frank Smith in the hospital photo above, and the relatives of Norah Smith; Theodore Diaper in his hospital uniform while convalescing from injuries experienced in service with the British Army; and Ellen and Terence Hope, the grandmother and grandfather of Jean Matthews (nee Hope).