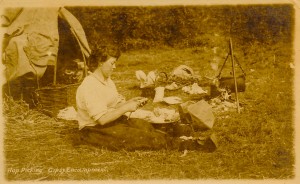 This is a list of family history sources that RTFHS members tell us they find useful. Their inclusion here doesn’t mean that the Society endorses them: they’re offered purely as suggestions. And if you have your own suggestions to share, please contact us.

FamilySearch: baptism, marriage, burial and census indexes and digitised parish registers and other records for the UK, Ireland and other countries worldwide. Free.

FreeBMD: index of births, marriages and deaths for England and Wales from 1837 onwards. Free.

Find A Grave: a database of burials in churchyards and cemeteries in the UK and worldwide. Free.

Gravestone Photos: a database of monumental inscriptions from UK churchyards, with photos of the gravestones available free on request. 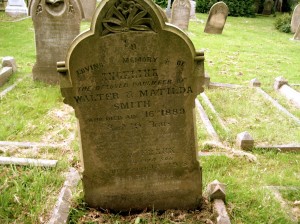 Memento Mori: a database of monumental inscriptions from Scottish churchyards and cemeteries, with free index searches plus photos of the gravestones available on payment.

Genuki: guides to the genealogical sources available for the UK and Ireland, county by county.

Cyndi’s List: checklists of the online genealogical sources available for the UK and for many other countries worldwide.

Oxfordshire Heritage Search: online catalogue of documents, photographs and publications relating to the parishes and people of Oxfordshire. Free.

The National Library of Wales

The National Archives of Scotland

The Society of Genealogists, London

English Record Offices and Archives on the Web 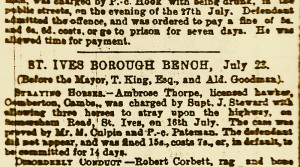 British Newspaper Archive: indexed and digitised newspapers for England, Wales, Scotland and Ireland from 1750 to the 20th century. Free searches, pay to view.

Welsh Newspapers Online: indexed and digitised newspapers for Wales, currently from 1804 to 1919. Free.

Guide to online digitised British and Irish newspapers: a site that shows what titles are currently available and where.

Last Chance to Read: a collection of scarce British and Irish newspapers and other publications, mostly published between 1710 and 1870. Indexed and digitised. Free searches, pay to view.

Tracing First World War Family History: a step-by-step guide to researching the lives of those who served in the Armed Forces between 1914 and 1918.

Commonwealth War Graves Commission: free index of those who died in the First and Second World Wars. Includes not only the records of those who served in the Armed Forces but also civilian deaths in Britain as a result of enemy action.

Forces War Records: records for those serving in the British Armed Forces in war-time from the 18th century up to the present-day. Free searches, pay to view.

The National Archives First World War portal: launched to commemorate the centenary of the start of the First World War. Provides a gateway to the many sources available for researching the history of those who served in the armed forces.

Army Service Numbers 1881-1918: a site with a regiment-by-regiment index of the numbers issued to individual soldiers, plus useful links to other sources.

Life in the workhouse

Brushes with the law

Old Bailey Online: complete records of the cases tried at the Central Criminal Court – the Old Bailey – in London, 1674-1913.

Guild of One Name Studies

Please get in touch to share them with us.
This page last updated: 8 September 2016.